The Popeyes Big Box Crave Off campaign involved a game of tug-of-war between two players, pulling at a levitating Popeyes Bonafide Big Box meal using only the power of the mind. Our custom-built table concealed a conveyor belt mechanism which moves the electromagnetic levitation device. As players compete, the system translates brain activity by oscillating the hovering meal back and forth until the stronger craving wins. All visuals and technology used on set were designed in-house and used practically for the commercial shoot, requiring zero post-production special effects. 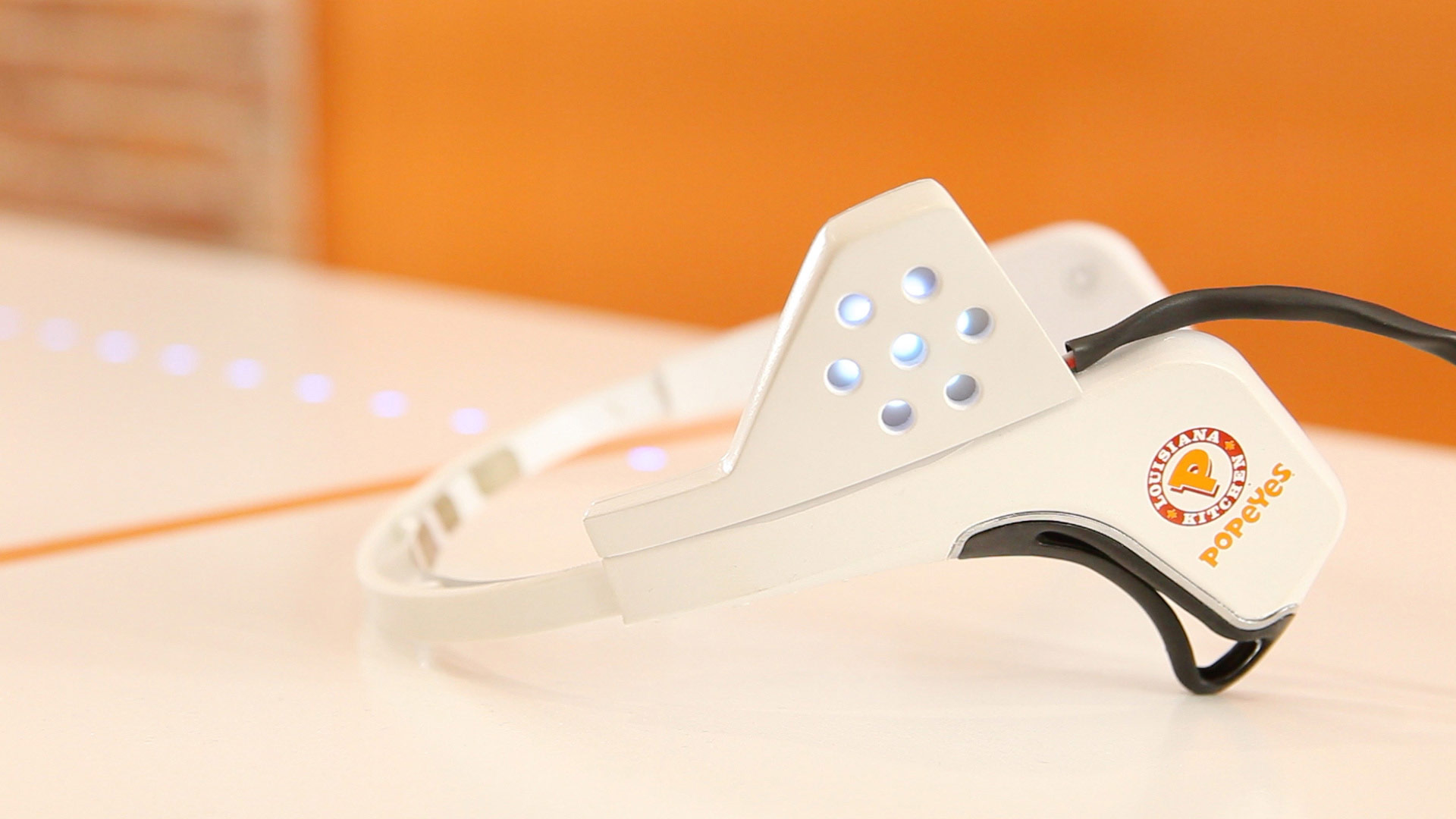 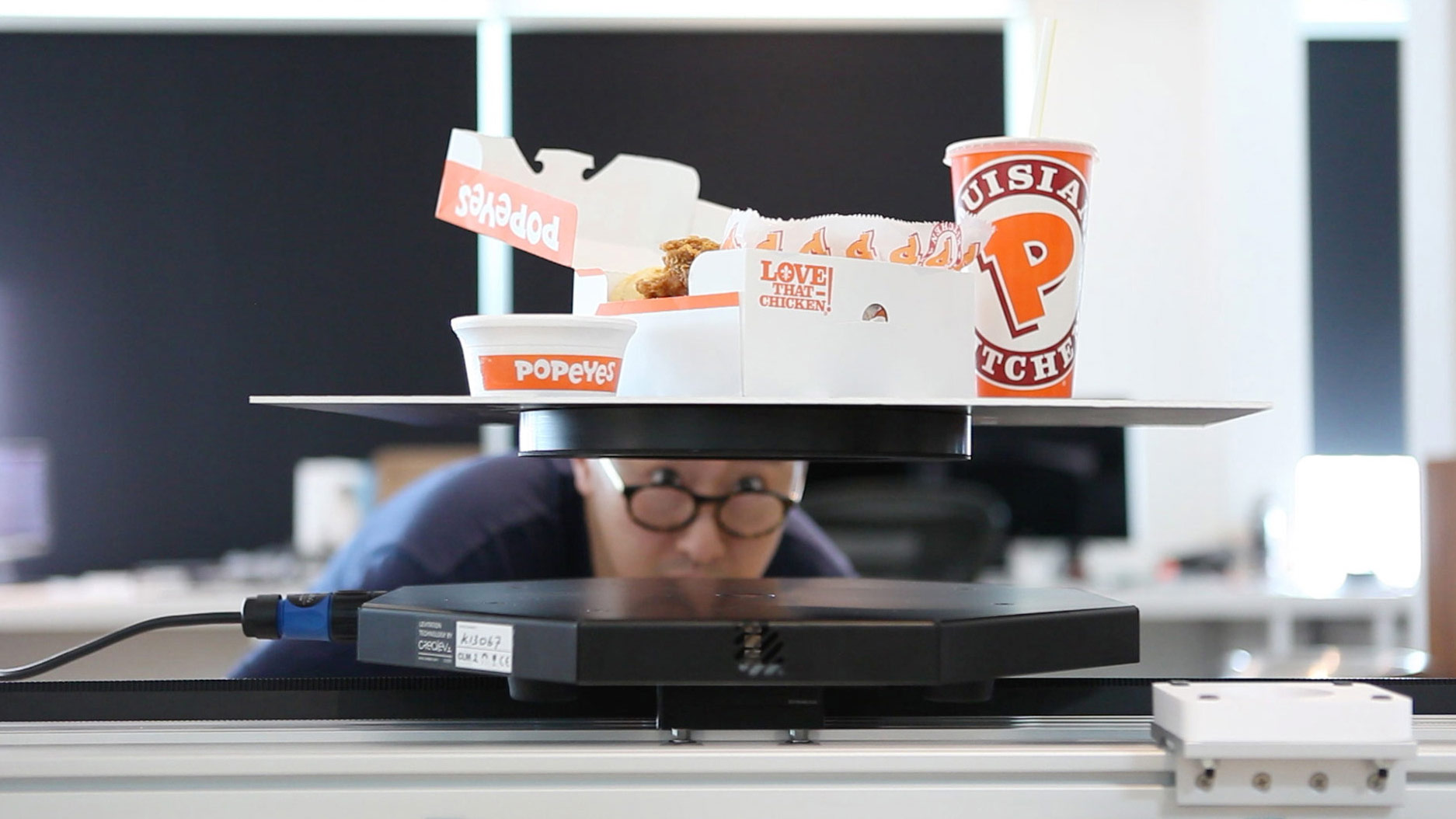